Brenner wrote, “We look for a 12.0% increase in net sales to $54.9MM, and we estimate EPS at $0.10 vs. $0.06. We look for an 11% increase in beer shipments, to 230K bbls, including contract beer sales”. The analyst continued, “CBA should fully participate and benefit from the rapid growth of the craft beer category. Its superior distribution capability with a tie to Anheuser-Busch distributors and largest brand selection should provide sustained strong volume growth, in our opinion. Management has projected a 500-700 bp increase in gross margins over the next five years, which could result in double-digit income growth”. 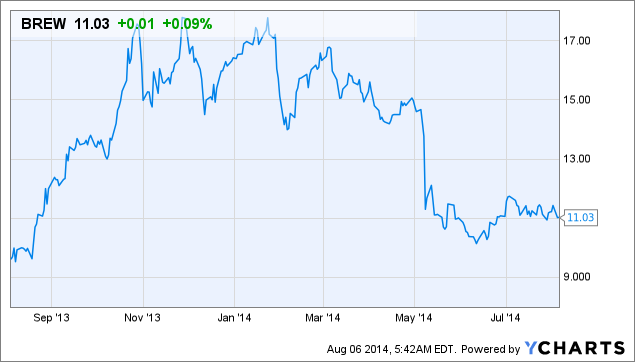