In a research report published Friday, Roth Capital analyst Joseph Pantginis reiterated a Buy rating on Celator Pharmaceuticals Inc (NASDAQ:CPXX) with a price target of $15.00, which represents a potential upside of 618% from where the stock is currently trading. The report follows the company’s Analyst and Investor Day, which took place yesterday at the Omni Berkshire Place Hotel in New York City.

Pantginis wrote, “Starting with the presentations given by KOLs Dr. Gail Roboz from Weill Cornell and Dr. Bruno Medeiros from Stanford, our major takeaway message was their change in perceptions regarding CPX-351 from skepticism when they were introduced to the drug, to their current enthusiasm and belief in the drug following the response rates observed in the Phase II and recently in the Phase III study. Moreover, both physicians highlighted the improved tolerability profile of Vyxeos compared to 7+3, highlighting for instance the reduced rate of alopecia. Both remarked that this improved efficacy and safety profile bodes well for having Vyxeos replace 7+3 as SOC for AML, starting with secondary AML, the target indication of the Phase III.”

“An additional advantage mentioned by both KOLs was the possibility for administering Vyxeos in outpatient setting in the consolidation phase, which would be a significant benefit for all parties involved. This adds to the already less cumbersome dosing schedule of Vyxeos vs. 7+3, as it’s given as 3×90 minute infusions versus the continuous seven day IV infusion on 7+3. Dr. Medeiros highlighted the growth potential for Vyxeos in the AML space with additional indications that Celator is actively pursuing such as the recently initiated Phase II study in newly diagnosed AML patients at high risk for induction therapy mortality.”, the analyst continued. 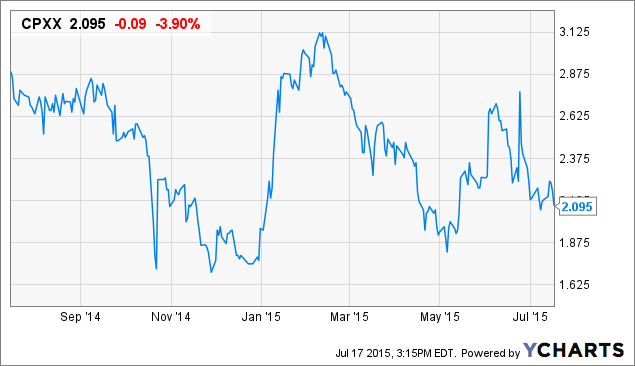