In a research report released today, Roth Capital analyst Scott Henry maintained a Buy rating on Catalyst Pharmaceuticals Inc (NASDAQ:CPRX) with a $7.00, which implies an upside of 31% from current levels. The report follows recent discussions with management, in which the main point is that CPRX appears on track to complete the rolling NDA submission for Firdapse in 2H15.

Henry wrote, “Management appears confident that the rolling submission for Firdapse (to treat LEMS) will be complete in 2H15. The submission requires 5 modules and the first is expected to be submitted later in 3Q15. All modules should be complete by mid 4Q15. Nothing new to report on Jacobus, but our sense remains that this competitor is significantly behind CPRX and that a filing would take considerable additional time and financial resources.”

“We highlight CPRX as an emerging orphan drug company with upcoming catalysts. Specifically, we target a completed Firdapse filing as de-risking the program from other competitors that may be in the rear view mirror.”, the analyst concluded.

All the 4 analysts polled by TipRanks rate Catalyst Pharmaceutical Partners stock a Buy. With a return potential of 19%, the stock’s consensus target price stands at $6.33. 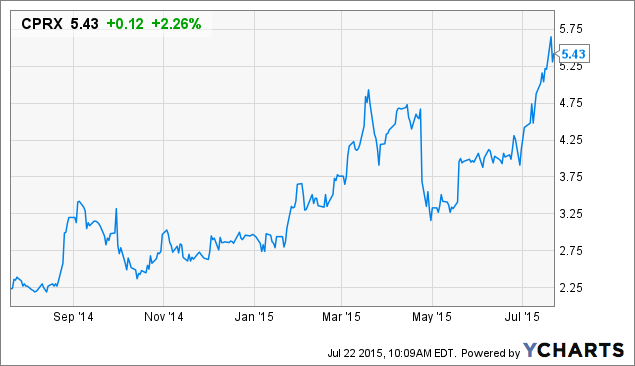