Roth Capital analyst Philip Shen reiterated a Buy rating on Canadian Solar (NASDAQ:CSIQ) with a $40 price target, as the company posted a strong Q3 beat on higher-than-expected shipments and GMs as a result of higher module ASPs and high margin Canadian projects. However, the strong Q3 was offset by weak Q4 guidance as the company guided both

Shen noted, “Despite a strong Q3 performance, weaker-than-expected margin guidance spooked investors. The market psychology for solar stocks has been challenging of late with any type of weakness serving as the lightning rod of attention. Given its capacity expansion plans, best-in-class brand, strong B/S, and rich downstream set of projects, we continue to believe that CSIQ is one of the best companies among its peers.”

According to TipRanks.com, which measures analysts’ and bloggers’ success rate based on how their calls perform, analyst Philip Shen has a total average return of -6.5% and a 26.5% success rate. Shen has a -1.9% average return when recommending CSIQ, and is ranked #3276 out of 3369 analysts. 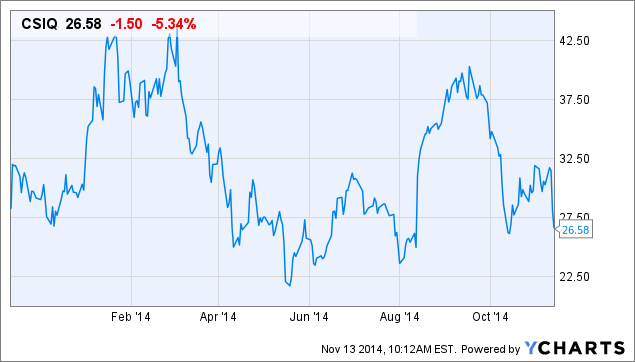