Henry noted, “APRI reported revenues of $1.9 million (versus our target of $1.2 million). The upside was from milestones ($500K) and manufacturing revenues ($398K). There were no Vitaros royalties in the quarter. The higher revenue upside reduced the EPS loss by ~$0.01. Lower spending further reduced the EPS loss by another ~$0.01 and the reported EPS loss of $0.08 was modestly smaller than our targeted loss of $0.10. Fundamentally, we viewed the quarter in-line. The company has cash of $16.1 million, which combined with funding options, should provide cash “through 2015″.”

The analyst added, “The Vitaros launch is progressing in Europe with potential revenue inflection points in 2015. The pipeline could also provide 2015 catalysts with clinical data targeted for both RayVa and Fispemifene.” 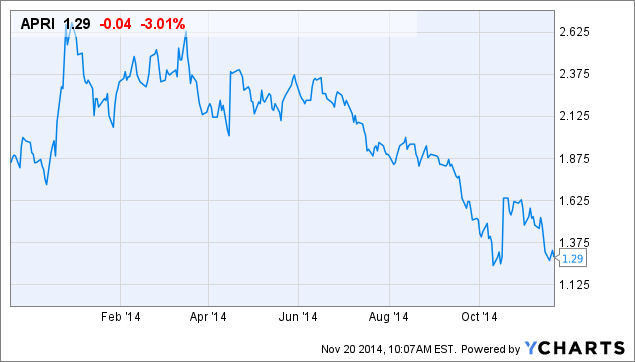