In a research note issued August 12th, Roth Capital analyst Dave King reiterated coverage with a Buy rating on shares of American Apparel (APP) and $1.00 price target, following the company’s preliminary second-quarter results, which included an EPS of ($0.09) that is below King’s ($0.06) estimate as higher operating income was likely offset by higher taxes and interest expense.

King noted, “We believe American Apparel remains on track to achieve 2014 EBITDA guidance of $40.0-$50.0 million following two quarters that have exceeded our expectations.” He continued, “The release of preliminary results comes in conjunction with a delayed 10-Q filing due to recent Board and management changes, with inadequate time to review financials. Recall, five of the company’s seven directors were replaced within the last two months. While this creates an element of uncertainty, we believe American Apparel’s day-to-day operations remain intact.”

According to TipRanks.com, which measures analysts’ and bloggers’ success rate based on how their calls perform, analyst Dave King has a total average return of 3.2% and a 52.2% success rate. King has a -16.7% average return when recommending APP, and is ranked #1519 out of 3228 analysts. 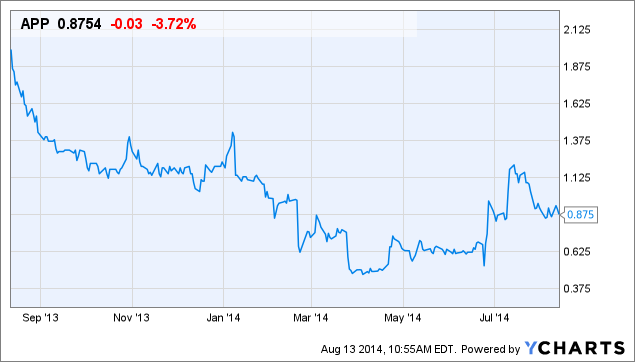