In a research note issued today, Roth Capital analyst Dave King reiterated coverage with a Buy rating on shares of American Apparel (APP) and $1.00 price target, following an agreement between APP and hedge fund Standard General to restructure
APP Board and receive $25M in immediate financial support. This should allow the company to soon repay the $9.9M owed to Lion Capital following the investment firm’s decision to provide formal notice of default.

King commented, “American Apparel announced a nomination, standstill, and support agreement with hedge fund Standard General and terminated CEO Dov Charney. This helps to alleviate near-term default concerns through $25M in financial support and should remove some of the recent distractions for management; uncertainty still remains as to who will ultimately lead the company. Our Buy rating is still predicated on our expectation for significant upside to the current EBITDA run-rate”.

According to TipRanks.com, which measures analysts and bloggers success rate based on how their calls perform, analyst Dave King currently has a one-year average return of 2.1% and a 52% success rate. King has an 1.8% average profit recommending APP, and he is ranked #1820 out of 3210 analysts.

Disclosures: Within the last twelve months, ROTH has managed or co-managed a public offering for American Apparel. 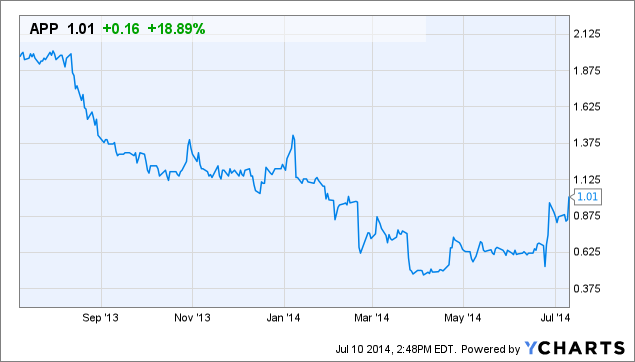