Lewis said: “While we would never assume ALGN would be immune to competition, particularly as certain patents begin commencing in 2017, we believe ALGN has an established and tested IP position that gives any prospective competitor pause before jumping headfirst into this market. We believe the general lack of broader competition in the clear aligner space is indicative of the perceived strength of Align’s IP within the dental marketplace and may refute the magnitude of ALGN’s perceived patent cliff’ beginning in 2017”.

According to TipRanks, which measures analysts and bloggers success rate based on how their calls perform, analyst Chris Lewis currently has an average return of -1.5% and a 33% success rate. Lewis is ranked #2557 out of 3128 analysts. 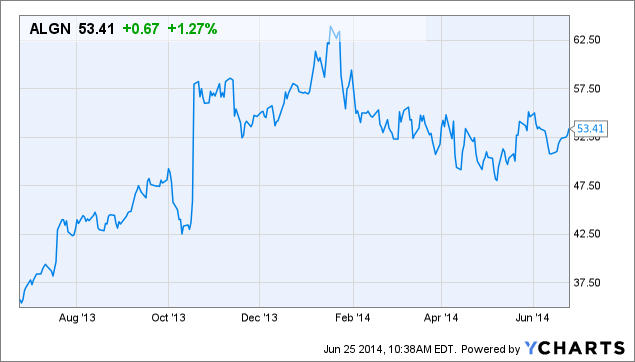