In a research note published today, Roth Capital analyst Debjit Chattopadhyay reiterated a Buy rating on Alcobra Pharma (ADHD) with a $40 price target, as the company commenced patient screening in the Phase IIb study of MDX in adolescents and adults with Fragile X Syndrome. The study remains on track to be completed in the fourth quarter and report top-line data before the end of the year.

Chattopadhyay noted, “Fragile X syndrome has an estimated prevalence of one in 3,500 males to one in 7,000 females (CDC estimates). In patients with the disorder, developmental delays and cognitive deficits frequently manifest, resulting in moderate-to-severe intellectual disability. There are no effective therapies, but several classes of medications, alone or in combination, are used to manage behavioral and cognitive problems. Based on MDX’s impact on cognitive function, Alcobra has recently initiated a phase 2 study with potential data during 4Q14.” 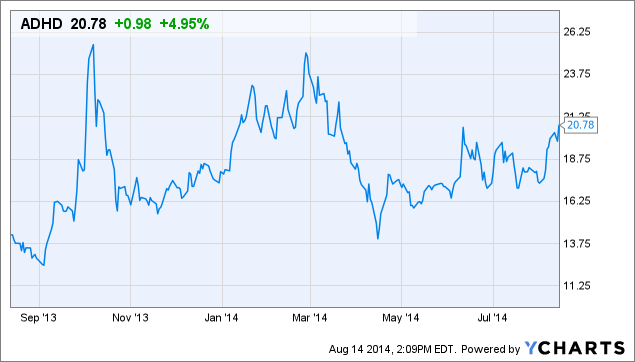