In a research report issued today, Roth Capital analyst Debjit Chattopadhyay reiterated a Buy rating on Nektar Therapeutics (NASDAQ:NKTR) with a $21 price target, following today’s news that the Committee for Medicinal Products for Human Use (CHMP) of the European Medicines Agency (EMA) has adopted a positive opinion recommending approval of the company’s MOVENTIG® (naloxegol) for the treatment of opioid-induced constipation (OIC) in adult patients who have had an inadequate response to laxatives.

Chattopadhyay wrote, “Movantik’s (Moventig in the EU) first-pass approval with modest post- marketing CV study was, in our opinion, the best possible outcome. Hence, the CHMP’s positive nod for Moventig comes as no surprise. Recall that Movantik is the first oral, once-daily PAMORA for chronic pain patients with OIC. The U.S. launch is expected during 1Q15 (after the DEA de-scheduling process) and EU launch during 2Q15.”

The analyst added, “Chronic pain is self-limiting and incurable, and opiates have become the mainstream therapy. However, OIC is a debilitating side-effect of opiates. IMS data indicates that there were 26.6M individuals in the U.S. who were treated with opioids for at least 30 days during 2013. Of these about 41% were also treated for OIC symptoms with laxatives. IMS data indicates that in at least 50% of the patients, OTC laxatives did not provide the necessary clinical benefit. Hence, we estimate that up to 5M individuals in the U.S. are potential targets for Movantik.” 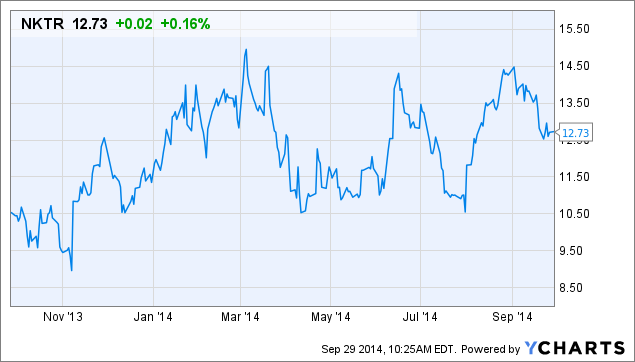