In a research report issued today, Roth Capital analyst Joe Reagor reiterated a Buy rating on Magellan Petroleum (NASDAQ:MPET) with a $4.25 price target, following the company’s financial results for fiscal 2014, posting EPS of $0.30 that was $0.08 above Reagor’s previous estimate.

Reagor wrote, “MPET’s fiscal 2015 is shaping up to be a pivotal year for the company, in our view. At Poplar, MPET is currently working on an initial test well for its CO2 flood project, with results expected in fiscal Q3 2015. In the U.K., MPET plans to drill one or two wells this year to test the potential of a number of conventional and unconventional targets. In Australia, MPET continues to look for a farmout opportunity, which could provide an initial valuation of its offshore Australian assets. We anticipate updates for all three location by the end of fiscal Q3 2015.” 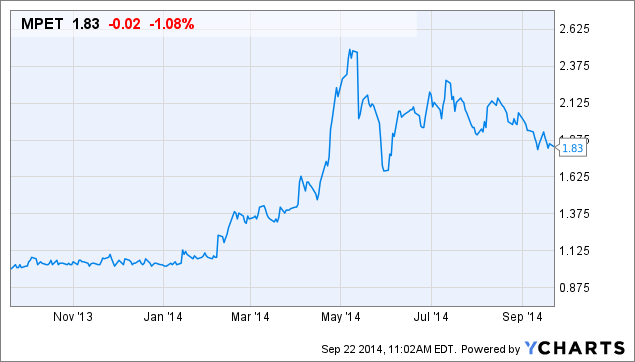