Keryx Biopharmaceuticals (NASDAQ:KERX) received more attention from analysts at Roth Capital. The research team, led by analyst Joseph Pantginis, reiterated a Buy rating on the stock with a $27 price target, following the publication of data that support the differentiation of the company’s FDA approved product Auryxia in peer-reviewed journals.

Pantginis noted, “We believe published data are important in contributing to the potential future success of Auryxia. Peer-reviewed articles can also represent an important tool in the sales-reps’ “bag” as they detail physicians. While we believe the stock may experience increased volatility over the next quarter. We believe more stable traction for prescription growth will be seen in 2H15 as the company sees the anticipated results of its “blocking and tackling” for establishing strong reimbursement. However, we also point to an attractive bump to prescriptions over the last two weeks (prescription trend tracker below). Despite what we believe to be a complete early misunderstanding by many regarding the warning on Auryxia’s label regarding iron overload, the drug’s ability to reduce i.v. iron and ESA usage is a critical factor to its differentiation, in our belief.” 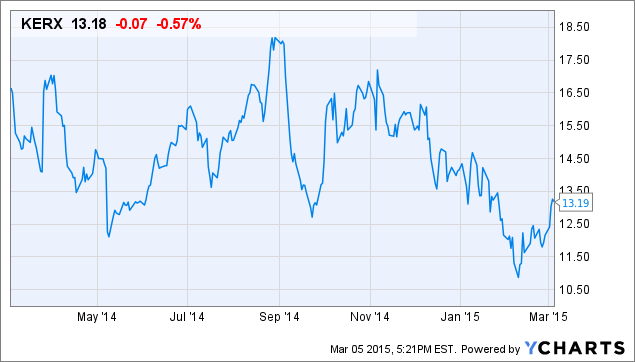