Pantginis wrote, “We believe that the release of the Special Committee report is a positive for the company as it provides additional visibility to investors, which should allow the company to now return to focusing on fundamentals. Unfortunately we believe investor confidence remains on shaky ground with 1) the Special Committee report, 2) still to come SEC report, and 3) an upward struggle management now faces in order to refocus on fundamentals. Though Abstral guidance was decreased, it currently has ~4% of branded dollars in the TIRF (transmucosal immediate-release fentanyl) market and management’s goal is to increase the share to 10-15% within 3 years of the October 2013 launch. The latest prescription tracker for Abstral is found below. Enrollment in the Phase III PRESENT trial is on track. We see the company’s decision to over-enroll as a positive. Over-enrollment could lead to a faster accumulation of events which are critical to the endpoint.” 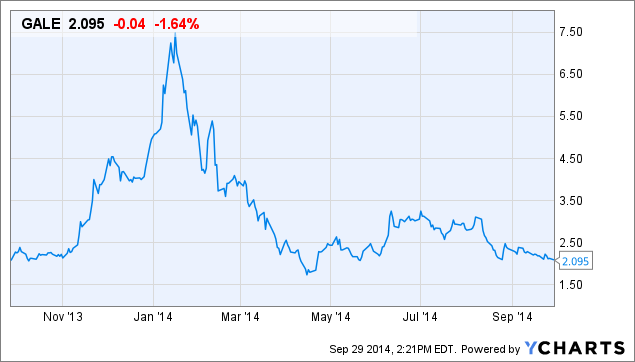