Pantginis noted, “Roche announced 3Q14 Erivedge revenue of $35.0 million, which was essentially flat from 2Q14 revenue of $36.6 million. While we had expected quarter-over-quarter growth, we believe there is still significant room for Erivedge revenue growth going forward based on Roche’s commitment to expanding both geographies and indications. We believe CRIS is successfully progressing internal programs towards data catalysts in 2015.” 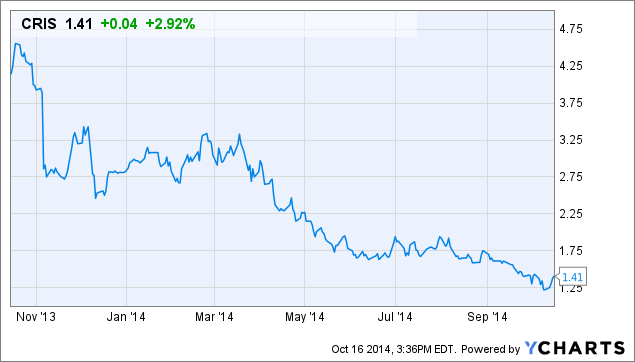