Brenner noted, “Having repositioned its portfolio of brands to appeal to the broad array of craft beer drinkers, we look for sustained strong volume increases over the next several years. Management has projected a 500-700 bp improvement in gross profit margins over the next five years, and significant gains here already are apparent after two quarters. We continue to believe that CBA is an attractive way to participate in the ongoing rapid expansion of the craft beer segment.” 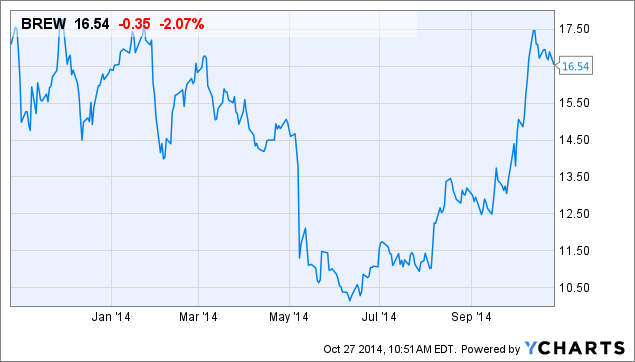