Martin noted, “BBSI shares sold off 25% since the last earnings report on concerns over the workers’ compensation reserve study. We contend management’s reserve strengthening process is a long-term positive and find shares attractive at current levels. Short-term oriented investors are likely to remain on the sidelines until the results of the reserve study are known. We believe it is possible to see completion of the reserve study by year’s end. In our view, the market has already priced in a modest liability accrual increase and therefore expect shares to react positively if such an adjustment is moderate.” 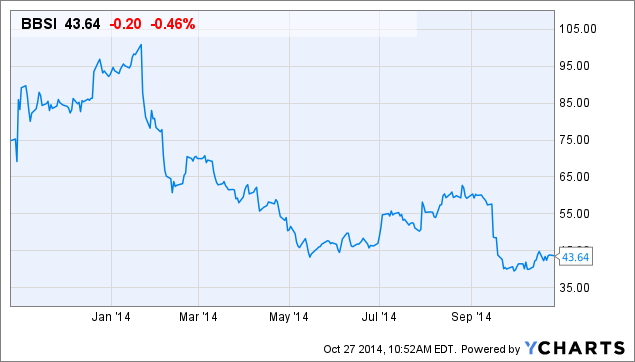