Lewis said, “ALGN reported 3Q results above expectations. While 4Q revenue and EPS guidance came in a bit light, we believe this is primarily attributable to fx headwinds and management’s typical conservatism. We are encouraged with the better-than-expected 4Q volume guidance, particularly as it implies a stabilization and potential re-acceleration in NA and continued International momentum. We view ALGN’s current risk-reward as favorable and would become increasingly aggressive at $46-47 per share (~20x 2015 EPS, ex- cash).” 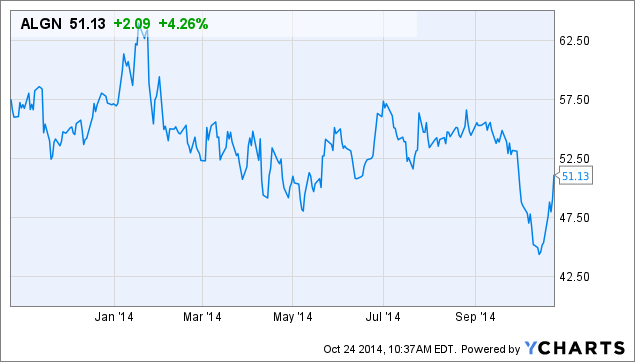