In a research note released today, Roth Capital analyst Dave King reaffirms a Neutral rating on Zagg Inc. (ZAGG) with a price target of $4.50, based on concerns that ZAGG is overly device launch-dependent as well as worries surrounding the long-term viability of certain key product categories.

King wrote, “Although we believe ZAGG’s key competitive advantage is its distribution, some argue that its products lack differentiation, making it easier for competitors to enter the market. Not only are there several competitive products, but companies with greater resources could develop or acquire similar products that could negatively affect ZAGG’s market position and/or financial results”.

According to TipRanks, which measures analysts and bloggers success rate based on how their calls perform, analyst Dave King currently has an average return of -4.1% and a 23% success rate. King has a -31.5% average profit recommending ZAGG, and he is ranked #2798 out of 3133 analysts. 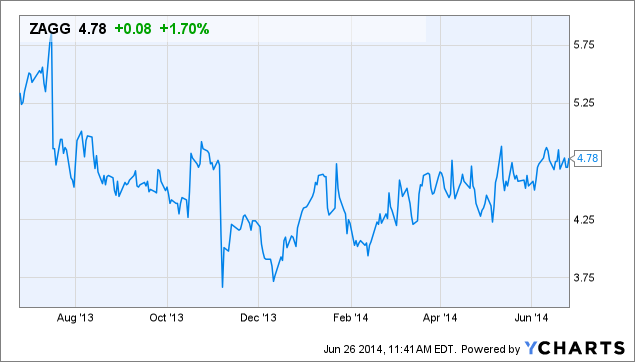