In a research report issued today, Roth Capital analyst Joe Reagor assigned a Buy rating on Superior Drilling Products (NYSE:SDPI) and raised his price target to $8 (from $7.25), following yesterday’s news that the company has been awarded a second patent on its Drill N’ Ream tool.

Reagor said, “The patent titled “Method and Apparatus for Reaming Well Bore Surfaces Nearer the Center of Drift,” strengthens SDPI’s intellectual property rights for design and use of the Drill N’ Ream tool, in our opinion. Currently, there are no products on the market attempting to copy the Drill N’ Ream technology, to our knowledge. However, there are similar products that are less effective, which could prove to infringe on SDPI’s patents. We believe SDPI’s goal is only to prevent copying of its technology and not to target these similar products. That said, we view SDPI’s intellectual property rights as crucial to maintaining pricing and margin stability in the long-term.” 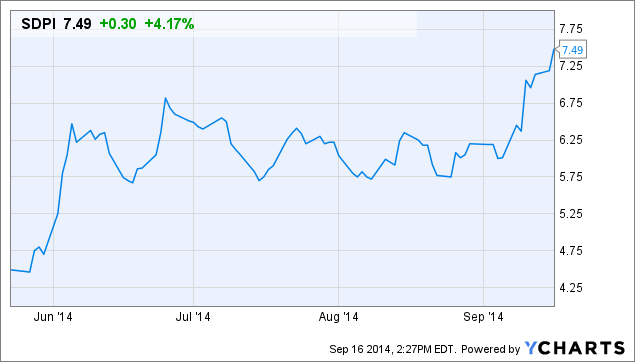