Shankar wrote, “we raise our estimates and reiterate our Buy rating. Micron had a positive outlook for 2014/2015 DRAM and NAND flash pricing and demand due to industry consolidation and muted capacity additions. We view Micron’s focus on higher-margin server, networking, smartphone/tablet DRAM and NAND flash as a positive with the tailwind of a PC industry recovery.” 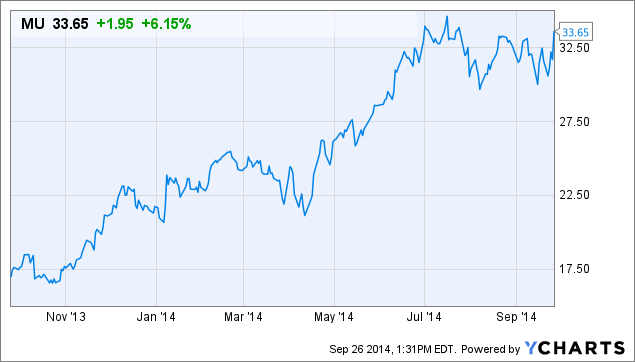