In a research report issued today, Roth Capital analyst Joseph Pantginis maintained a Buy rating on Celldex Therapeutics (NASDAQ:CLDX) and increased his price target to $43 (from $40), as the company’s Rindopepimut delivered a strong showing at SNO on Friday afternoon being essentially the first drug to a survival benefit in a statistically significant fashion in the recurrent glioblastoma setting, according to Pantginis.

Pantginis commented: “We are very impressed with the overall survival data in the bevacizumab-naive patients, especially that rindo represents the first true indication of a survival benefit in this indication. Recall that Avastin (bevacizumab) was approved on response rate previously and has not shown a survival benefit. Rindo has been somewhat on the sidelines of investor focus, in our belief, based on the wait for ACT IV data. These ReACT data should change this quickly. In our belief, rindo could represent the second cancer vaccine approved in the U.S. following the commercial failure of Dendreon’s Provenge.” 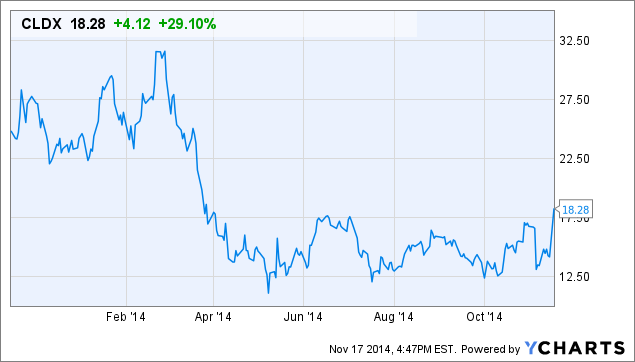