Roth Capital analyst Debjit Chattopadhyay was out pounding the table on CTI BioPharma Corp. (NASDAQ:CTIC), reiterating a Buy rating and price target of $4.50, which implies an upside of 107% from current levels.

Chattopadhyay commented: “were precipitated by uninformed comments in the media. Now that the value proposition has been established (ASCO-15), we expect CTIC shares to head significantly higher into the second phase 3 readout vs. competitor Jakafi (INCY-NC), in patients who a thrombocytopenic, which we believe will be a major win for CTIC and firmly establish its commercial potential.”

“Pacritinib (licensed to Baxter) could become the first choice therapy for a significant portion of the population (at least 37%). We model peak global sales of $1.02B.”, the analyst added. 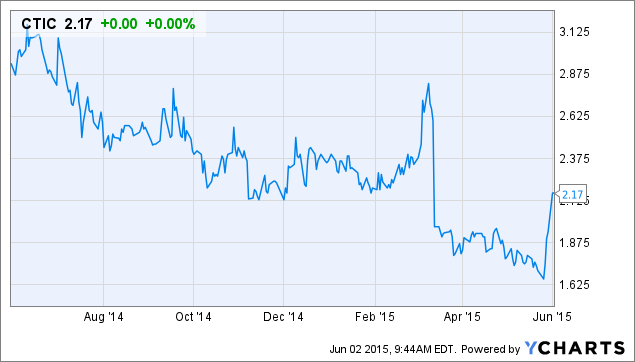