In a research report published today, Roth Capital analyst Matt Koranda maintained a Neutral rating on Plug Power (NASDAQ:PLUG) with a $4 price target, following the company’s third-quarter results, posting revenues of $19.9mn vs. consensus of $24.4mn and ROTHe
of $24.0mn, driven primarily by lower-than-expected ASPs, which were the result of a greater mix of Class 3 product shipments to customers during Q3.

Koranda noted, “We remain on the sidelines until (1) we gain greater visibility into PLUG’s ability to achieve its 2015 revenue guidance ($120-130mn); (2) we see more fundamental improvements in PLUG’s GMs (both product and service); and (3) we see a clearer path to adjusted EBITDA breakeven and eventual net income profitability.”

According to TipRanks.com, which measures analysts’ and bloggers’ success rate based on how their calls perform, analyst Matt Koranda has a total average return of 2.9% and a 47.1% success rate. Koranda is ranked #1743 out of 3369 analysts. 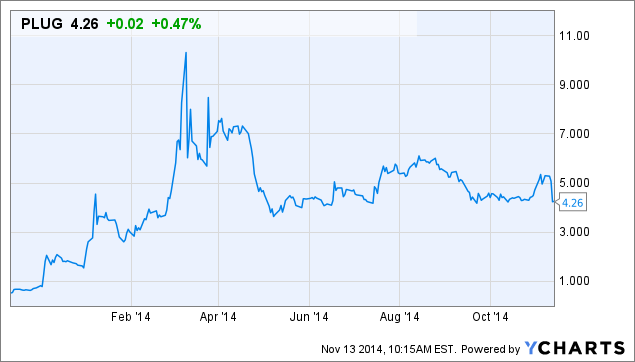