Pacific Sunwear (PSUN) announced preliminary expectations for 2Q14 core EPS of ($0.03). The company’s sales trends generally improved in June and July after a challenging May and the men’s business is on track to achieve a positive 2Q14 comp (following 1Q14’s 10% jump). Management expects this positive momentum in men’s to continue into 3Q14, helped by the company’s leadership position in joggers heading into Back-To-School.

In reaction to PSUN’s guidance, Roth Capital analyst Dave King today maintained coverage on the stock with a Neutral rating and a $3 price target.

Kind noted, “We believe weakness in women’s swim and non-apparel may be continuing to offset strength in newer brands like Brandy Melville and Kendall & Kylie. Meanwhile, PacSun announced the resignation of Christine Lee, SVP of Women’s Merchandise & Design, who played a significant role over the last four years in helping to reposition the women’s business. Brieane Breuer, VP of Women’s Design, will assume additional responsibilities on an interim basis. Our Neutral rating reflects PSUN’s progress toward profitability, but our concern that a successful turnaround requires much stronger revenue growth and gross margin improvement”.

According to TipRanks.com, which measures analysts’ and bloggers’ success rate based on how their calls perform, analyst Dave King has a 3.1% average return and a 31.8% success rate. King is ranked #1564 out of 3195 analysts. 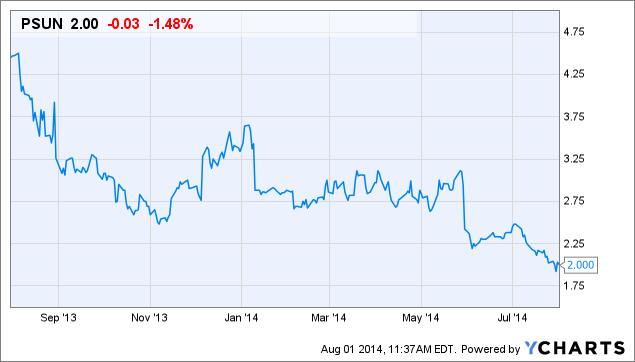 Bull of the Day: PacSun