In a research report released Friday, Roth Capital analyst Joe Reagor maintained a Buy rating on Synergy Resources (NYSE:SYRG) with a price target of $18.00, as the company is scheduled to release its fiscal Q1 2015 earnings on January 8,  2015.

Reagor noted, “We believe the company is poised to report significant growth on a quarter over quarter basis and believe SYRG is uniquely positioned as a low cost producer to sustain its growth initiatives in the face of low oil prices.”

The analyst added, “We believe our previous estimates for Q1 2015 and beyond accurately represent SYRG’s growth initiatives. Thus, we made no changes to our forecasts and we are maintaining our Buy rating.” 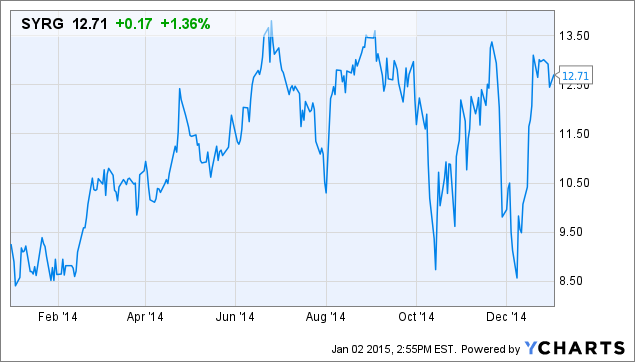