In a research note issued today, Roth Capital analyst Scott Henry maintained coverage with a “Buy” rating on Tonix Pharmaceuticals Holding Corp (TNXP) and a price target of $17.00 a share following a physician conference call, which was held by Roth Capital, to evaluate the potential of TNXP’s TNX-102 SL for the treatment of fibromyaglia.

The message was clear, in our opinion, that cyclobenzaprine is a good treatment for fibromyalgia although the immediate release forms create too much next day hangover. The ability to reduce this “hangover” is critical for a next-generation product.

When asked how many patients they would prescribe the product to, responses were notably positive including “first line therapy” and “not sure who I wouldn’t treat with it”.

According to TipRanks, which measures analysts and bloggers success rate based on how their calls perform, analyst Scott Henry, who covers TNXP, currently has a one-year average return of 41.6% and a 67% success rate. He is ranked #342 out of 3112 analysts. 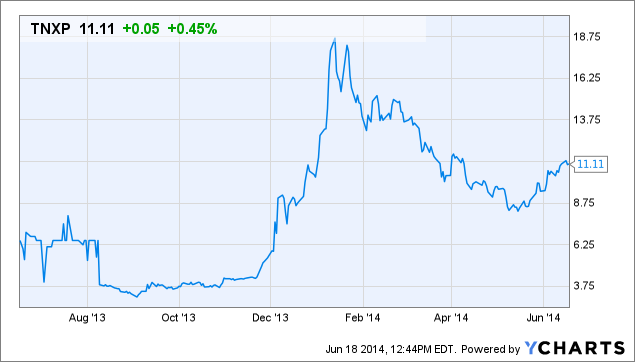