In a research report released Monday, Roth Capital analyst Joseph Pantginis maintained a Buy rating on Pharmacyclics (NASDAQ:PCYC) with a price target of $188, as new Imbruvica data from National Institutes of Health (NIH) study published in the Lancet Oncology.

Pantginis observed, “The data in del 17p patients are impressive and continue to solidify Imbruvica’s position in treating CLL patients. It is also important to point out that responses in patients also improve over time. With regard to our tweaked estimates, we believe the drug’s success will continue into 2015, however experienced some seasonality issues in 4Q14.” 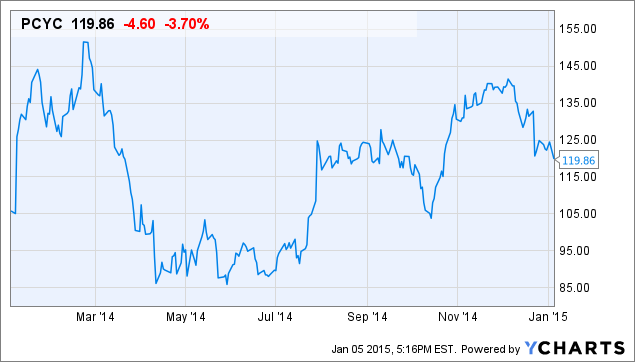