In a research note issued yesterday, Roth Capital analyst Joe Reagor reiterated coverage with a Buy rating on shares of Ur-Energy (URG), and a $1.50 price target, which represents a potential upside of 32% from where the stock is currently trading.

Reagor wrote, “On July 22, 2014 URG announced an NI 43-101 compliant resource estimate for Shirley Basin. The entire resource estimate of 8.8 million pounds fell into the M&I categories due to the extensive drilling completed historically on the project. We note that the historical resource estimate was approximately 10 million pounds, but it is common for total resources to decline when examined under NI 43-101 requirements. This has also been the case in recent NI 43-101 reports by other uranium companies. We also note that URG acquired an additional 4.7 million pounds of historical resources in the Pathfinder Mines acquisition. These pounds are not part of the Shirley Basin deposit and have not been upgraded at this time”.

According to TipRanks.com, which measures analysts and bloggers success rate based on how their calls perform, analyst Joe Reagor currently has a one-year average return of 11.6% and an 71% success rate. Reagor has a 9.3% average return when recommending URG, and is ranked #977 out of 3209 analysts. 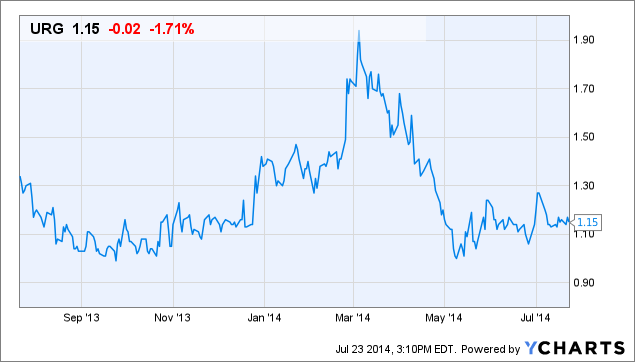