In a research report sent to investors today, Roth Capital analyst Joseph Pantginis maintained a Buy rating on Pharmacyclics (NASDAQ:PCYC) with a price target of $188, as PCYC and partner Janssen (NYSE:JNJ) announced that the EMA accepted their Type II variation application to include Waldenstrom’s Macroglobulinemia (WM) under the Imbruvica label.

Pantginis said, “We believe that EMA approval is very likely based on the underlying Phase II study and the urgent need for this disease which has no currently approved treatments in the EU. Should Imbruvica be approved for WM, we believe it will contribute to additional revenue growth as will additional potential future label expansions that are currently being pursued in clinical studies by PCYC and JNJ.” 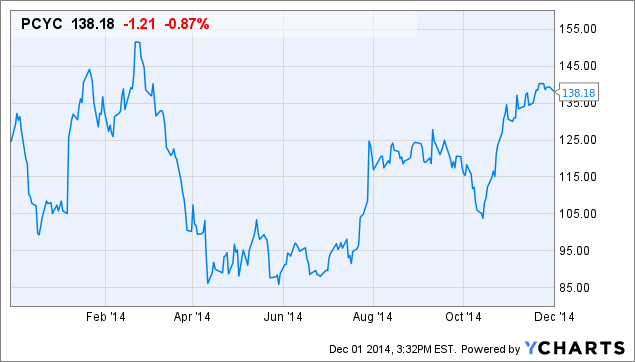