Reagor noted, “We continue to view San Miguel as an elite asset and look to PZG’s updated PEA to provide a revised mine plan”. The analyst continued, “PZG announced a revised resource estimate for the San Miguel project in Mexico, showing an increase of 76% in gold ounces and 44% in silver ounces in the M&I category. The increase in gold ounces from 0.6 million to 1.1 million was mostly driven by the inclusion of new resources as inferred contained gold ounces declined only 96,000. The increase in silver ounces from 53.6 million to 77.1 million resulted in a decline of only 8.2 million ounces of inferred resources. We view this resource increase as better than our prior expectations”.

According to TipRanks.com, which measures analysts and bloggers success rate based on how their calls perform, analyst Joe Reagor currently has a one-year average return of 14.6% and an 82% success rate. Reagor is ranked #930 out of 3211 analysts. 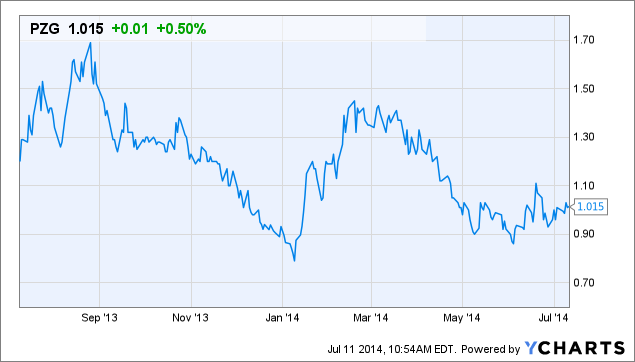