In a research note released today, Roth Capital analyst Michael Staiger maintained a Buy rating on Nimble Storage (NYSE:NMBL) shares, with a $40 price target, ahead of the company’s second-quarter results, which will be reported on August 26 after the close.

Staiger noted, “Our checks indicate momentum with partners and customers has not slowed, which bodes well for NMBL’s upcoming earnings announcement, in our view. We estimate revenues of $51.2M and EPS of $(0.15) relative to consensus of $50.54M and $(0.16).”

The analyst added, “NMBL recently refreshed and re-branded its mid-tier CS400 and low-end CS200 with the CS500 and CS300, claiming 50% performance gains. Our checks indicate that performance gains should help maintain NMBL’s competitive advantage in a crowded field. Additionally, the enhanced controller potentially utilizes fewer components, which could support gross margin momentum. We see recent refreshes of the CS series, including the launch of the high end CS-700 and the pending FC capable products, as enhancing NMBL’s competitive positioning, which could potentially help sustain or accelerate NMBL share gains.” 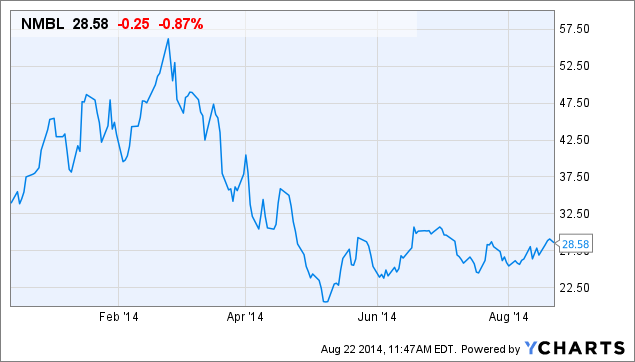