In a research note released today, Roth Capital analyst Debjit Chattopadhyay reiterated coverage with a Buy rating on shares of NeoGenomics Laboratories (NEO), and increased his price target to $7.00 (from $6.00), following the the acquisition of Path Logic, a leading provider of specialized anatomic pathology services to hospitals and physicians in Northern California. The acquisition expands NEO’s geographic reach, and adds new customers and services.

“We believe NeoGenomics is one of the best-positioned high-complexity oncology reference labs on the brink of significant revenue growth acceleration. The acquisition of Path Logic adds another leg to the company’s growth engine, which could drive 20% top line growth during 2015. We are increasing our price target to $7.00, which is based on a 4x multiple to our 2015 revenue estimate of $97.2M and discounted to PV at 12%”, Chattopadhyay noted.

According to TipRanks.com, which measures analysts and bloggers success rate based on how their calls perform, analyst Debjit Chattopadhyay currently has an average return of 0.1% and a 20% success rate. Chattopadhyay is ranked #2423 out of 3182 analysts. 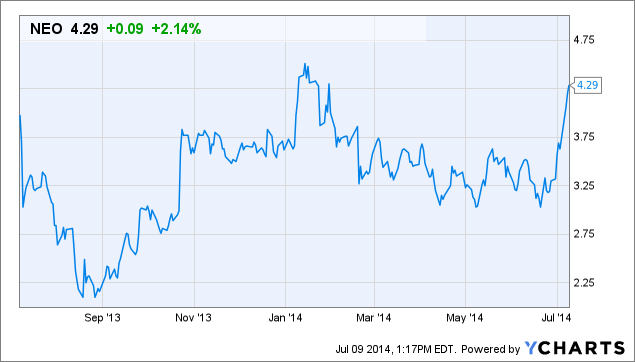