Roth Capital’s healthcare analyst Michael Higgins came out with a research report on Mast Therapeutics Inc (NYSEMKT:MSTX), after the company announced the initiation of enrollment into EPIC-E, which is expected to produce safety and tolerability data from the repeated administration of vepoloxamer to patients suffering from VOCs that were previously enrolled in EPIC (randomized 1:1), even if they had received placebo.

Higgins noted, “We view EPIC-E as an opportunity to collect real world data that is likely to be beneficial to vepoloxamer’s NDA. While EPIC’s design includes the collection of data on the development, duration and return of acute chest syndrome (ACS) over a 30 day period, EPIC-E widens the window of vepoloxamer’s effect on this condition, as well as others. Incidentally, vepoloxamer was shown in a Phase 1 trial to be safe and “…may shorten its duration and the length of hospitalization” when infused into SC patients hospitalized for an ACS (Hemoglobin, Ballas, 2004).”

The analyst reiterated a Buy rating on Mast Therapeutics shares, with a $3.00 price target, which implies a huge upside of 456% from current levels. 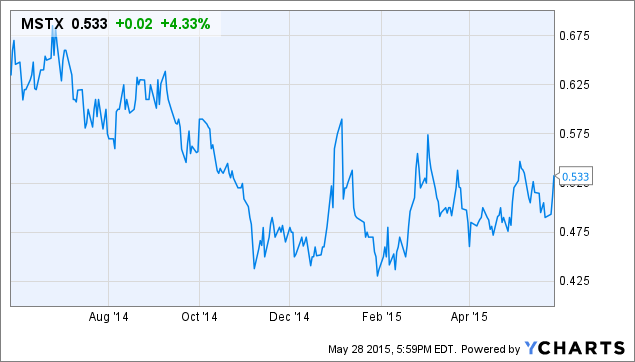