In a report published today, Roth Capital analyst Scott Henry maintained a Buy rating on Lannett Company (LCI) with a $45 price target, after the company announced that it expects to report fiscal 2014 fourth quarter net sales of approximately $81 million and diluted earnings per share attributable to Lannett Company in the range of $0.60 and $0.64.

Henry noted, “We are updating our LCI model post last week’s upside earnings preannouncement and recent concerns on digoxin safety. In our opinion, these two variables net positive, and we raised our 2015 revenue/EPS forecasts. We conservatively did not raise our $45/share price target pending digoxin prescription trend visibility.” The analyst added, “We target the upside from two sources including 1) we believe that the company was originally conservative and that there were no unexpected negative surprises in the quarter, and 2) recent price increases for the gallstone treatment Ursodiol drove revenue/EPS upside. We believe that both of these variables carry forward into FY15 and we are raising our future revenue/EPS targets.” 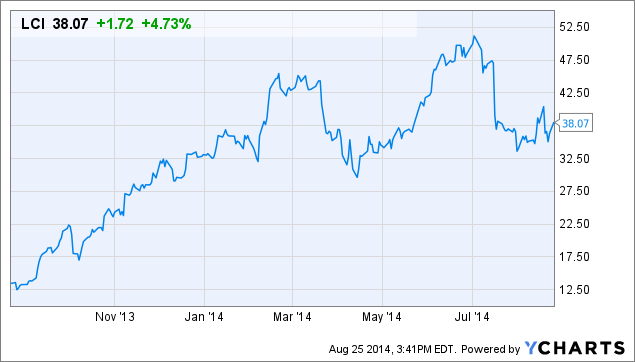