In a research report issued today, Roth Capital analyst Scott Henry maintained a Buy rating on Lannett Company (NYSE:LCI) and raised his price target to $47.00 (from $45), following the company’s earnings results that were in-line with the company’s recent upward preannouncement.

Henry noted, “The company targets revenue guidance of $350 – $370 million in FY15 (from $330 – $350 million). The upside drivers in our model include gallstone prevention and migraine treatments. The company targets only ~$35 million from digoxin in FY15 given the JACC article overhang. These higher revenue forecasts upped our FY15 EPS forecast to $2.85 (from $2.60).” He continued, “We are publishing our 2016 estimates. We target modest revenue growth (+10%), which conservatively assumes declines in both Levo and digoxin. Maintaining high spending levels results in an EPS forecast of $3/share. If Levo is stable (as opposed to declining), there should be upside to these #’s.”

According to TipRanks.com, which measures analysts’ and bloggers’ success rate based on how their calls perform, analyst Scott Henry has a total average return of 25.4% and a 67.4% success rate. Scott has a -2.0% average return when recommending LCI, and is ranked #108 out of 3249 analysts. 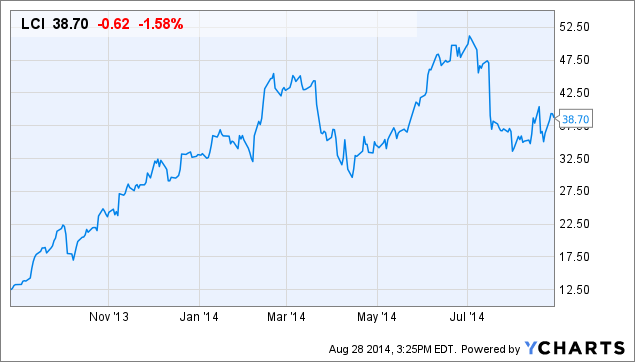