In a research note issued this morning, Roth Capital analyst Scott Henry maintained coverage with a Buy rating on shares of InSite Vision (INSV), with a price target of $1.00, despite yesterday’s news that INSV will delay the planned H2 2014 submission of its New Drug Application (NDA) for Dexasite (dexamethasone in DuraSite) to treat blepharitis in adults. Based on its June 16, 2014 FDA meeting, the company is now targeting a filing in 2015 following completion of the remaining chemistry and manufacturing work.

As a reminder, InSite had cash, cash equivalents and short-term investments of $5.4 million at March 31, 2014, and the company expects that cash on hand, anticipated cash flow from operations and current cash commitments to InSite will only be adequate to fund operations until approximately September 2014. As a result, the company may end up raising money through an additional offering equity or debt, which may impact current or future stockholders.

According to TipRanks.com, analyst Scott Henry currently has an average return of 29.4% and a 39% success rate. Henry is ranked #283 out of 3182 analysts. 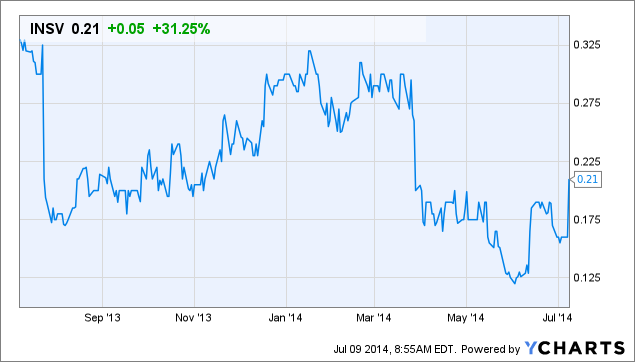