In a research note issued today, Roth Capital analyst Joseph Reagor maintained a Buy rating on Golden Minerals Company (AUMN) and raised his price target to $1.20 (from $1.00) following AUMN’s plans to restart its Velardena mine in Mexico.

The analyst noted, “We are encouraged by AUMN’s decision to restart and detailed plan. We believe the company’s election to save costs on defining the resource further could significantly improve the viability of the company. Based on these developments we now view AUMN as a potential turn around story. The potential cost savings and cash flows generated by returning Velardena to production far outweigh the risk of producing without a significant mine-life in our view”.

According to TipRanks, which measures analysts and bloggers success rate based on how their calls perform, analyst Joseph Reagor currently has a one-year average return of 10.7% and a 100% success rate. He is ranked #1239 out of 3114 analysts. 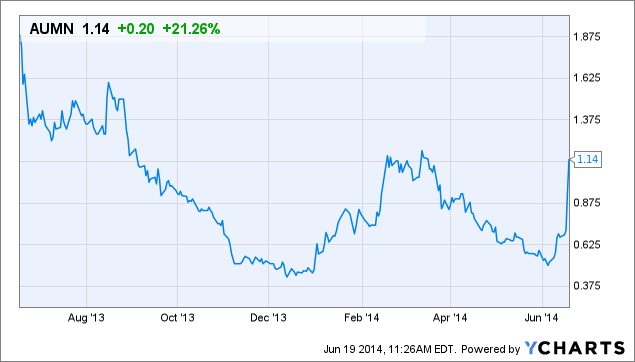