In a research report published yesterday, Roth Capital analyst Chris Lewis maintained a Buy rating on EnteroMedics Inc. (ETRM) with a $5 price target, after the company provided its 2Q business update and outlined its expectation for an FDA approval decision later this year for the Maestro System.

Lewis wrote, “ETRM ended 2Q with $21.7 million in cash and has entered into a new $25 million ATM facility, which it has not yet drawn upon. We expect cash burn to remain around $5-6 million per quarter. We expect ETRM to explore various financing options going forward, including debt, equity, and strategic partnerships”. He continued, “We believe ETRM offers a less invasive and safer, yet effective, treatment that can provide a needed ‘tool in the toolbox’ to address a large gap within the obesity treatment paradigm. Maestro’s proven safety profile and lack of required anatomic changes, particularly versus the current bariatric surgical options (or lack thereof), supports the device’s favorable risk-benefit profile, in our opinion. We view potential FDA approval later this year as the next major catalyst for the name”. 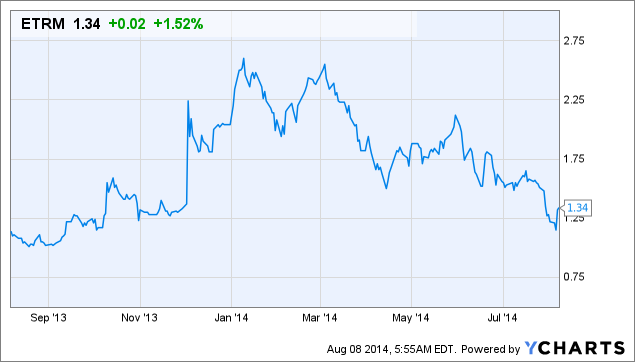