Henry wrote, “DSCO reported a 2Q14 EPS loss that was within the range of expectations. We viewed the quarter as fundamentally on the weaker side due to a slower than targeted near-term Surfaxin ramp and slight delays to the Aerosurf 2a clinical data. Still, we believe that there are encouraging signs for both programs and that expectations have already been reset lower”.

With regards to the company’s launch of its new drug Surfaxin, Henry commented, “Revenues for Surfaxin (treatment for infant respiratory distress syndrome) remain low and behind our forecast ($42K versus $242K target). Still, incremental progress occurred with formularies increasing to 15 from 10 on the last quarterly call. DSCO has penetrated 3 of the key 30 accounts. Encouragingly, Surfaxin has exclusive formulary status at 4 accounts. We continue to believe that the product has differentiation as the only synthetic surfactant. Net, we model a more gradual launch, but we are not changing our peak revenue targets”.

According to TipRanks.com, which measures analysts’ and bloggers’ success rate based on how their calls perform, analyst Scott Henry has a 22.7% average return and a 39.3% success rate. Henry is ranked #253 out of 3205 analysts. 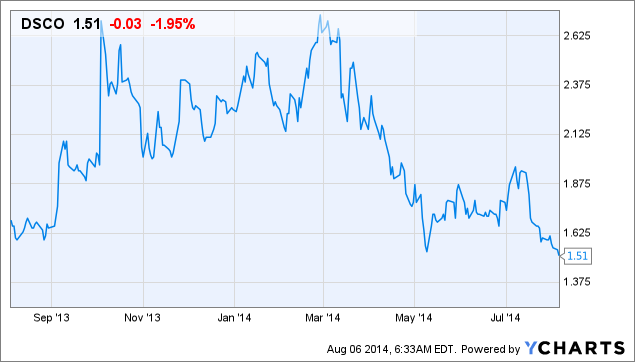