Roth Capital analyst Joseph Pantginis maintained a Buy rating on Celldex Therapeutics (NASDAQ:CLDX) with a $43 price target, as the company announced the initiation of a Phase II open-label study of glembatumumab vedotin (CDX-011) in patients with unresectable stage III or IV melanoma.

Pantginis noted, “Following the recent positive OS data from ReACT, we believe this progress with CLDX’s other main asset should further increase visibility and partnering potential for the company as the METRIC study in TNBC continues enrollment.”

The analyst added, “We believe CLDX is solidifying its position as a premier cancer immunotherapy company with a broad pipeline and partnering potential.” 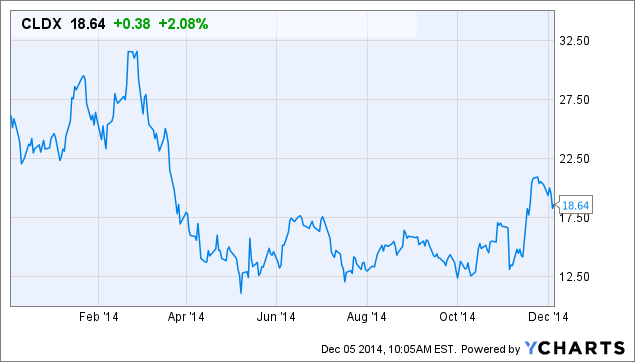