In a research report issued today, Roth Capital analyst Scott Henry maintained a Buy rating on Catalyst Pharmaceutical (NASDAQ:CPRX) with a $3.50 price target, as the company is moving into additional phase 1 studies with data expected in 1H15.

Henry noted, “We view this as an exciting encore to the main event – which is the Firdapse data targeted for late September 2014. We maintain our Buy rating as we expect that the Firdapse data will readout positive.” The analyst added, “We believe that CPP-115 has peak revenue potential north of $200 million per year. It is a similar compound to the approved Sabril (which itself has $100+ million revenue potential). However, CPP-115 may not have the permanent vision side effects associated with Sabril. CPP-115 was developed by Richard Silverman – who also helped develop the blockbuster CNS drug Lyrica. We view this as an intriguing compound that has yet to gain investor attention because of its early development status.Clinical validation could revalue this compound higher.” 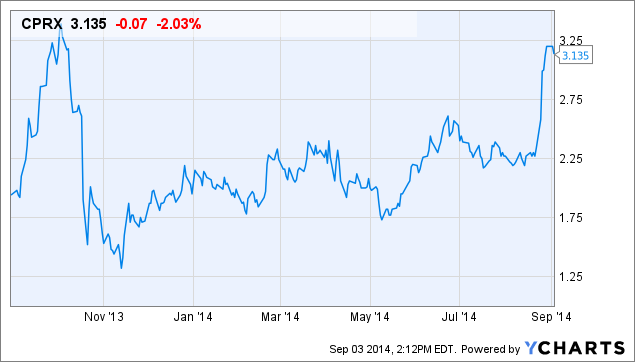