Roth Capital analyst Scott Henry maintained a Buy rating on Catalyst Pharmaceutical (NASDAQ:CPRX) with a $6.00 price target, following the company’s third-quarter results, posting EPS of a $0.07 loss, which was slightly higher than Roth’s targeted loss of $0.06.

Henry observed, “Fundamentally, we viewed the quarter as inline. We reiterate our Buy rating for the promise of the Firdapse program for the treatment of LEMS with the rolling NDA filing likely to start in 1H15.” The analyst added, “In the 10-Q, the company targets a pre-NDA meeting with the FDA in the next few months to determine the fastest way to obtain NDA approval for Firdapse for the treatment of Lambert-Eaton Myasthenic Syndrome (LEMS). We target the NDA filing (rolling) process to start in 1H15 and be complete by Summer 2015. Following a 6-month review, this could lead to a 1H16 launch.” 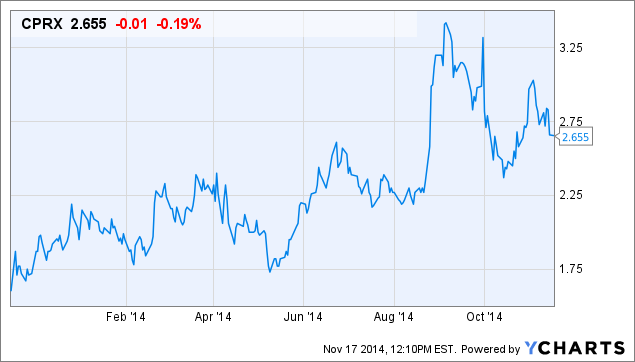