Henry’s thoughts on Lithobid are that “Lithobid is a somewhat stable generic brand that generates ~$4 million in revenues (volume declining at ~5-10% y/o/y, which has been offset by price increases – prescription data attached). This stable pattern is likely to be maintained, and the company targets $3.9 million in non-GAAP EBITDA annually from this acquisition. In our opinion, ANIP paid a below market price for Lithobid given its standing as the current manfacturer of the product. The revenues should start materializing in July 2014, and we target ~$4 million/year in Lithobid sales”.

According to TipRanks, which measures analysts and bloggers success rate based on how their calls perform, analyst Scott Henry currently has a one-year average return of 42% and a 69% success rate. He is ranked #152 out of 3152 analysts. 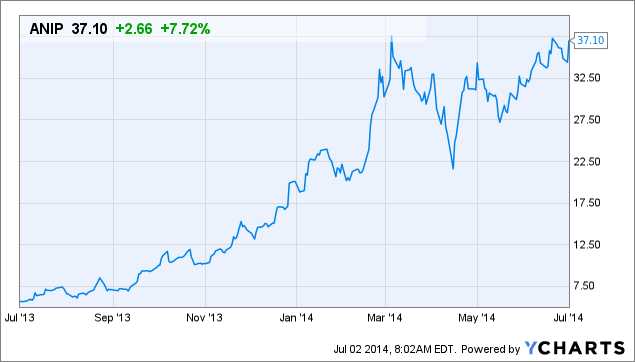