Chattopadhyay noted, “With the enrollment of the first Fragile X patient in the phase 2 study we highlight key differences between MDX and the recently discontinued Mavoglurant program, which in our opinion, represents a significant commercial opportunity for Alcobra. Note that the NPV of the Fragile X program is $6/share and is not reflected in our current 12-month price objective.”

The analyst added, “Mavoglurant is a metabotropic glutamate receptors (mGluR5) antagonist, and belonged to a class of therapies, which has been associated with the development of tolerance, potentially contributing to the lack of sustained therapeutic benefit. Metadoxine is a serotonin 5-HT2B receptor antagonist, and displays a dose-dependent, reversible reduction in basal transmission and enhancement of GABAergic inhibitory transmission via pre-synaptic modulation in striatal medium spiny neurons. This is likely to have a more profound impact on the cognitive and executive functions in patients with Fragile X.” 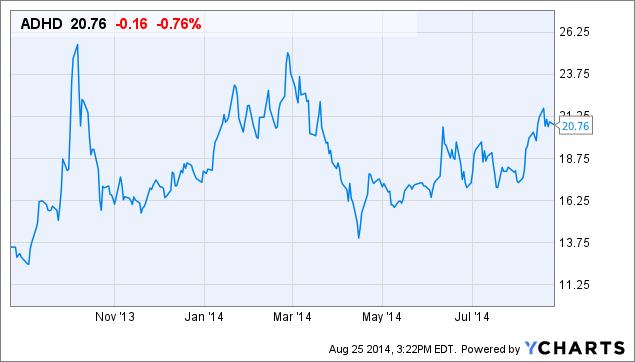