Roth Capital analyst Debjit Chattopadhyay weighed in on Nektar Therapeutics (NASDAQ:NKTR), as the company will announce its financial results for the fourth-quarter on February 24, 2015. The analyst reiterated a Buy rating with a $21 price target on the stock, which implies an upside of 54% from current levels.

Furthermore, “Phase 3 BECON study data is expected during 1Q15. We have modest expectations heading into the data and are attributing 40% probability of success. We expect U.S. launch during 1Q16 and conservatively estimate at least 40% of Advate’s $2B franchise to switch to BAX-855, which could generate up to $100M in annual royalty for NKTR.”

Bottom line, “We anticipate that BEACON continues to be an overhang, but based on its robust pipeline and multiple commercial products, we believe NKTR is not leveraged on NKTR-102 success.” 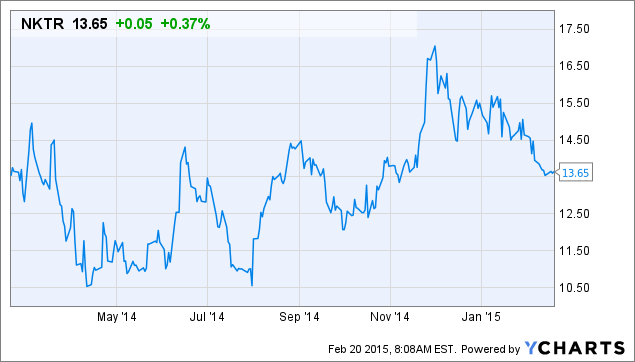