In a research report released Monday, Roth Capital analyst Joe Reagor maintained a Buy rating on Golden Minerals (NYSE:AUMN) with a $0.95 price target, after the company provided an update on the Velardena Mine restart as grades have fallen short of expectations.

Reagor noted, “This is clearly a setback for the company in our opinion, however it does not materially impact our valuation of the company.” The analyst continued, “Despite lower grades and subsequent higher cost assumptions, we have not altered our price target. We continue to base our price target on a sum of the parts analysis, with the majority of our valuation based on the underlying assets at Velardena (mill and equipment). However, we are concerned that a combination of lower grades and continued poor performance of precious metals prices could prevent Velardena from reaching positive cash flow in the second half of 2015, as we had previously estimated.” 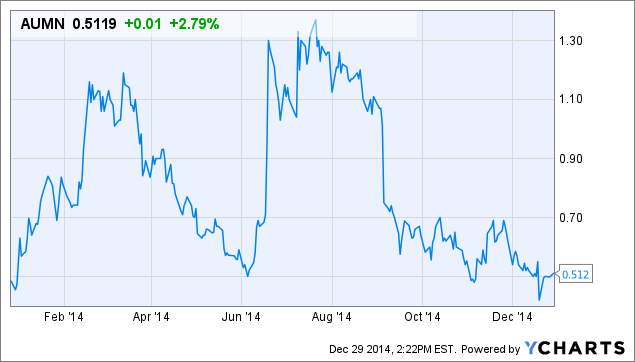