Roth Capital analyst Joseph Pantginis maintained a Buy rating on Galena Biopharma (NASDAQ:GALE) with an $8.00 price target, after the company reported its FY2014 financial results and provided a corporate update.

Pantginis noted, “GALE reported its FY2014 results, posting EPS of ($0.31) compared to our estimate of ($0.37) and consensus of ($0.35). Revenues for the year were $9.32 million compared to our estimate of $8.5 million and a consensus of $8.7 million. We believe that 2015 and 2016 represent an important transional period where investor focus will be balanced between Abstral/Zuplenz revenue and pipeline data catalysts.” 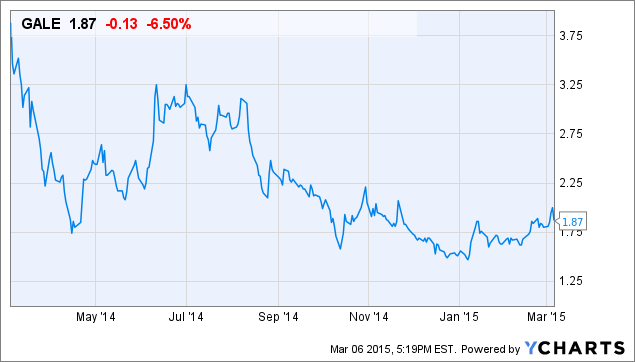