In a research report issued yesterday, Roth Capital analyst Joseph Pantginis maintained a Buy rating on ContraFect Corp. (NASDAQ:CFRX) with a price target of $14.00, as the company’s announced a collaborative research agreement with China’s National Institute for Viral Disease Control and Prevention (IVDC).

Pantginis wrote, “We believe the company is making important chess moves in bringing CF-404 closer to clinical validation. The IND is targeted for late 2015/early 2016; however, being able to generate important preclinical data directly in China, while receiving meaningful NIAID funding here in the U.S. represents validation for the approach, in our belief. The influenza program makes use of antibodies to target specific conserved regions on surfaces of influenza viruses, thereby circumventing species and strain variability as well as genetic drift and mutations The primary focus currently is on the company’s lysin antibacterial platform. Contrafect is ready to launch its Phase I study of its first bacteriophage lysin, CF-301 for treatment of S. aureus infections. This lysin technology is potentially disruptive as it was shown in preclinical studies to clear multiple drug resistant bacterial infections (including biofilms) in a rapid manner.”

According to TipRanks.com, which measures analysts’ and bloggers’ success rate based on how their calls perform, analyst Joseph Pantginis has a total average return of -14.5% and a 26.5% success rate. Pantginis is ranked #3314 out of 3319 analysts. 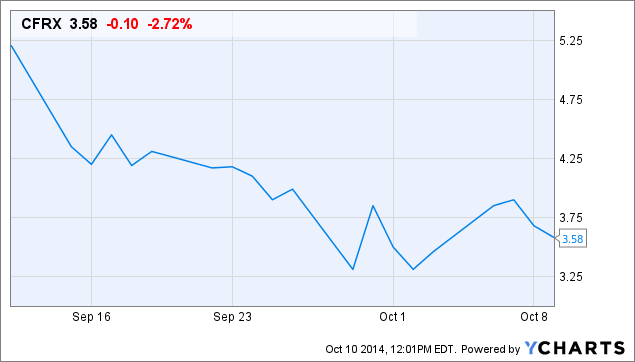