In a research report issued today, Roth Capital analyst Joseph Pantginis maintained a Buy rating on Bio Blast Pharma (NASDAQ:ORPN) with a $15 price target, following the company’s announcement of preclinical and clinical pharmacokinetic data supporting the company’s IV route of administration for Cabaletta and also the current formulation of the drug. The company also announced positive interim safety data from the Phase II/III study of Cabaletta in OPMD, which showed good tolerability for the drug.

Pantginis said, “We expect multiple catalysts for ORPN in the next 12-18 months, including a mid-2015 DSMB review of the potentially pivotal Phase II/III trial of Cabaletta in OPMD and final data readout in late 2015/ early 2016. The Phase II trial of Cabaletta in SCA3 is expected to readout early/mid-2016, and Phase II trials are expected to be initiated for Cabaletta in SBMA and for BBrm in SMA in mid-2015 and late 2014, respectively.” 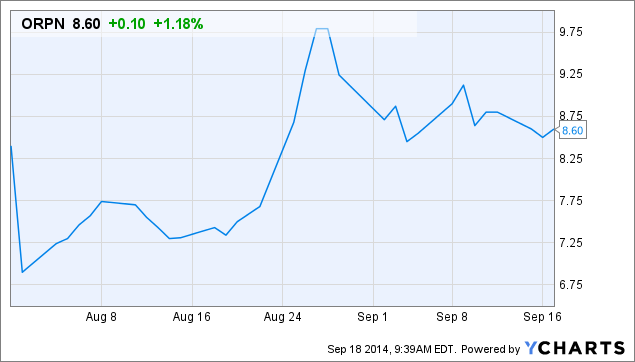