In a research report issued today, Roth Capital analyst Scott Henry maintained a Buy rating on Apricus Biosciences (NASDAQ:APRI) with a price target of $4.00, as the company announced the licensing of the phase 2b ready “fispemifene” from Forendo Pharma for the treatment of secondary hypogonadism.

Henry wrote, “Fispemifene is a phase 2 oral SERM that could provide a safer alternative to current testosterone gels. We believe that this product has upside potential and that it could ultimately be the primary driver of APRI shares. We have updated our model for this product within this note, and we maintain our Buy rating.”

The analyst concluded, “We are only starting to get our arms around fispemifene, but we believe that it could bring APRI a lead development product that the company has lacked (Vitaros is a royalty stream and Femprox has an uncertain future). Thus, we view this as a positive addition that could add visibility and valuation upside over the long-term. Price target remains $4/share although with different drivers.” 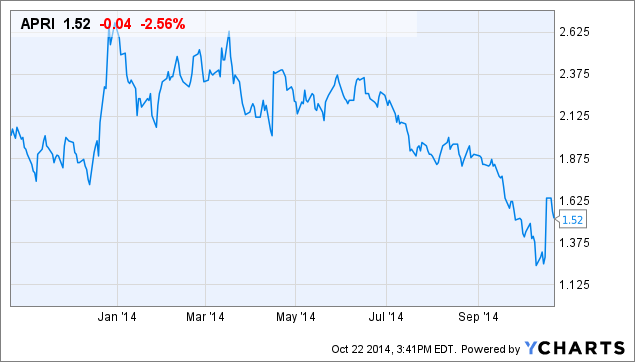